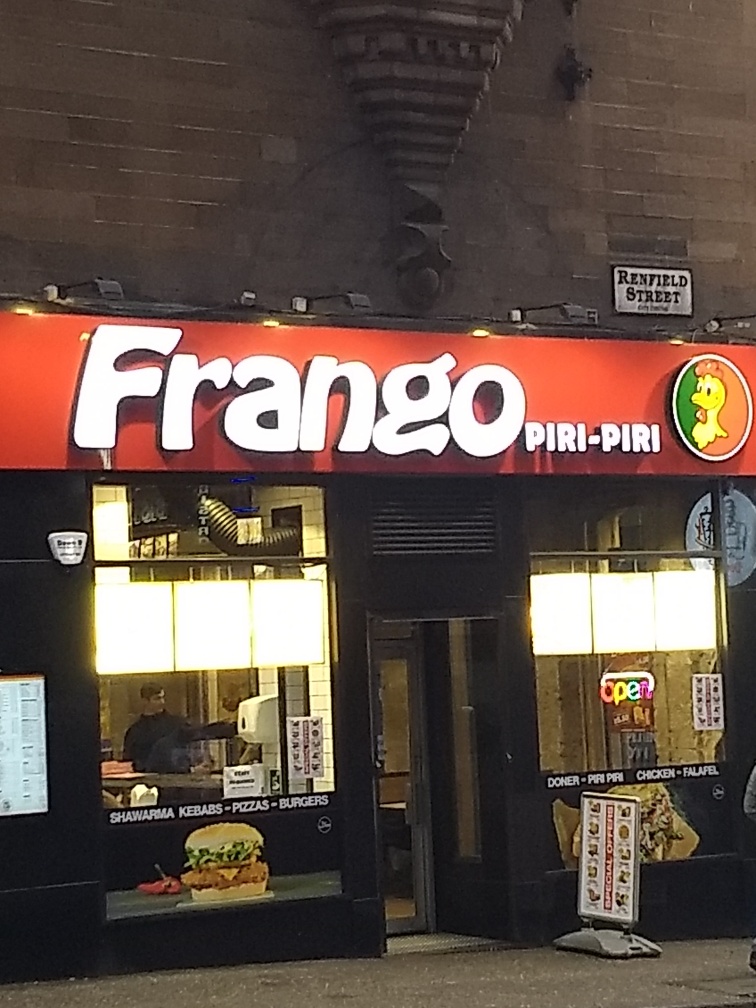 Today’s been a bit of an odd day, truth be told. I won’t bore you with the details, but I narrowly avoided a panic attack in a shoe shop. “A shoe shop?” I imagine I hear you say? Well, yes. A combination of factors at play; holiday anxiety, a hangover, and a salesperson who was trying a bit too hard to get me to order in some shoes that were out of stock. Anyway, you didn’t come here to read about my mental health issues (it won’t come as a surprise to hear that someone who writes about kebabs *has* mental health issues), so let’s crack on with the main story.

Having successfully bought said shoes (purple suede Converse boots, to be precise), I headed back to the station. En route, I decided to have a look at the German Döner Kebab location on Renfield Street to see if they looked like opening any time soon – looks like they will. Over the road, I saw this: 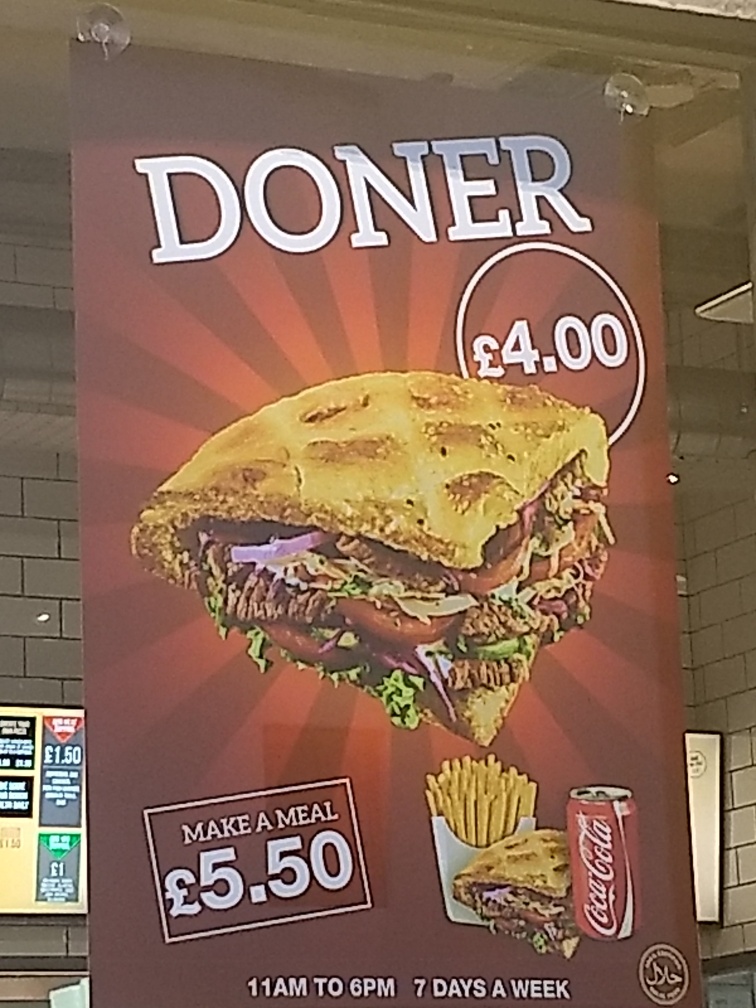 Was GDK’s thunder about to be stolen from them? The crispy seeded flatbread is what I love about GDK, and a place over the road has beaten them to the punch! I had to go in and see what the fuss was about. 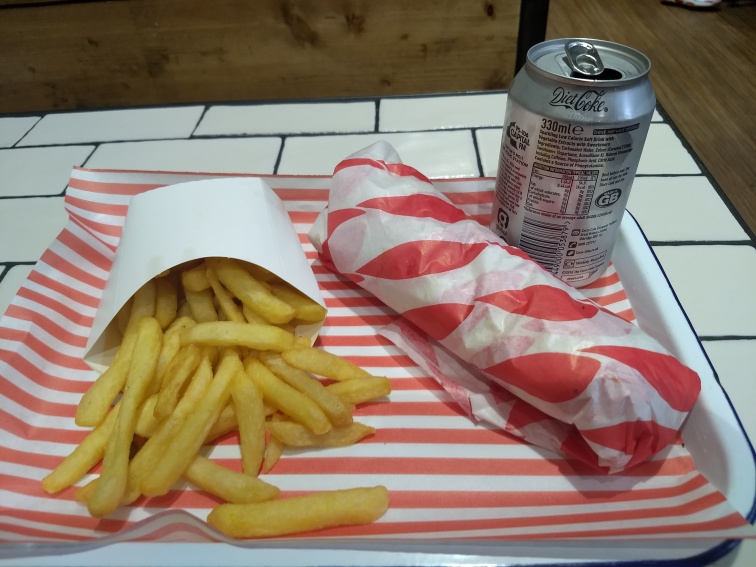 Now, the more observant amongst you will have noticed that I got a wrap, not the flatbread as intended. This is because, despite appearing on the menu and a huge great big sign in the window, they don’t sell this any more. I wasn’t going to argue the toss, or go on a mad Trade Descriptions rant, I accepted the situation and made peace with it. It was all very zen. A zen wrap, that I didn’t want.

This said, I did intervene when they got my order wrong, which was quite incredible given there were only two people working there – a young lady taking the orders, and a man serving the food. Having ordered the chicken shawarma wrap, I thought it odd that he was putting doner meat on the wrap – once I’d explained that it was chicken I’d ordered, he helpfully scooped it off and put it back in the tray for someone else. “Oh yeah, chicken”, the young lady then said.

The first issue is the bread: there was no bread. Instead, it’s Mexican cousin, the tortilla wrap. Not a fatal issue, fewer carbs and that, it just means that it falls apart easily which, had I had this as a takeaway, I’d have been fucked.

No, the main issue is, as you can see from the photo, is that it was badly wrapped, put in the toaster, burst, then wrapped up in paper hoping I wouldn’t notice. FAT CHANCE OF THAT PAL!

So far, so terrible. Didn’t serve the thing I wanted, nearly got my order wrong, shoddy preparation. This is gonna get a very low rating, right?

No. The proof of the kebab is in the eating, and unexpectedly, they managed to redeem themselves right at the end. The chicken was actually quite good! There was a lot of it, which I was worried about given the wrap itself was quite small, nice big chunks, and it seemed to be marinated in curry powder which was unusual but tasty nonetheless.

This all came to a fiver, not bad for chips and a diet coke on top. The price and the taste save this from getting a minus score, however I’m not convinced that with Döner Haus round the corner and GDK soon to be their near neighbours that I’m ever going to have a reason to go back in.

Chicken Shawarma Wrap (individual price unknown – this was not on the menu, however £5 with chips and can)