“But why would you want to do that?”

Good question. Partly homesickness (I grew up in nearby Sydenham and I try to visit at least once a year), partly to see friends and family, but mainly because I keep getting marketing emails from Travelodge encouraging me to take a cheap city break from only £notverymuch per night. One morning I woke up at a stupidly early hour and saw one such email, offering rooms at £evencheaperthanEVERbefore. Ideal! Went on the website – there were no cheaper rooms than ever before! Oh no! But Travelodge had sowed the seed. I now had itchy feet. A quick shower and some germoline rectified this, but I still wanted to go on a brief visit to the part of the world where I grew up, a place that I still nominally consider “home”. As luck would have it, Premier Inn had a deal, so I was good to go. Great advertising, Travelodge!

So what does one do when visiting Bromley? What is there to see and do? Now, I’m no tourist board, so I appreciate that I might not sell this to anyone who stumbles upon this blog looking to book a visit, but Bromley has the following:

It also has Havet.

Havet is a new one for me – I’m fairly sure it wasn’t there when I was a kid – but it gets a lot of talk on my social media feed. As such, it would be rude not to see what all the fuss is all about.

It’s not the usual kind of fare I write about. Normally, I’d be talking about shaved meat, stuffed inside a flatbread with salad and sauce, and taking photos of it half eaten. Not Havet – whilst they have the option of a wrap, one look at the menu was enough to suggest that the Mangal was the way forward. For what I believe is probably a first for this blog, I was about to use a knife and fork.

I decided to go for the £14.99 option, which was two skewers, a salad and a rice. The only problem I had was deciding exactly what to have – on paper, I could have eaten the lot. The lamb shish was a given, but what to have with it? The doner? The adana? More lamb shish? In the end I decided to make it a mixed grill – one lamb, one chicken – and even then there were still three options for chicken shish. Of the chicken, spicy chicken and chicken thigh, I went for the thigh as I figured this would be the juiciest option. I wasn’t wrong. 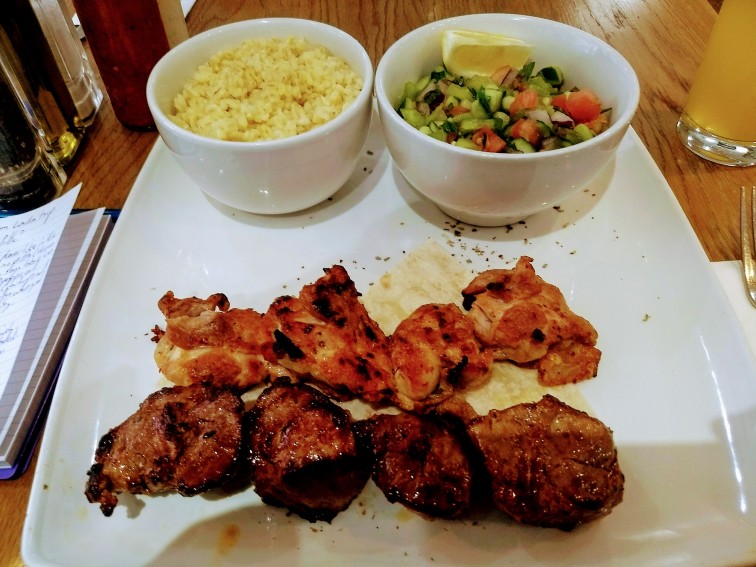 I don’t think this photo really does it justice. Those bits of meat look tiny, when in actuality, they were fairly substantial chunks of meat. The chicken was succulent, cooked all the way through, with a subtle garlic flavour to it. The lamb shish was a little pink in the middle, well cooked on the outside but not burnt – just the way I like it. The best bit here, however, was the sauce. 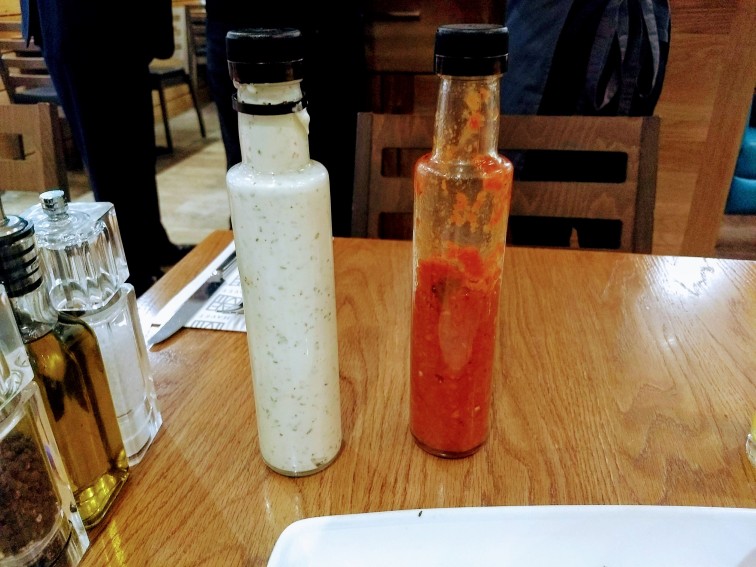 Havet’s in-house red sauce is absolutely incredible. Between the rice, salad and meat, I used half a bottle. Whilst eating alone in a restaurant is fairly tragic (hey, I’ll be the first to admit this), I was glad that this was a solo effort because had there been two of us, there would be no sauce left. The sauce was salsa-like in its texture and taste, a combination of roughly blitzed tomato, onions, garlic, coriander and chillies (and doubtless some other stuff too) – sweet but not too sweet, spicy enough to do the job. The yoghurt sauce was also pretty good, but I only really needed a dash.

I had wondered whether I had under-ordered. I hadn’t had breakfast, was quite hungry, and at the end of the day, there were just eight bits of meat in front of my, some bulgar wheat rice and some salad. To my huge relief, as it turned out this was more than enough for me – in fact I had to leave about half the rice as I was stuffed – it was deceptively filling. This not withstanding, next time I will likely take them up on the £6.95 for an extra skewer and ask them not to bother with the rice – probably get doner to make it a proper mixed kebab.

All in all, I can see what the fuss is about – it’s a modern, smart restaurant, very simple but executed extremely well, a little bit pricey maybe? Well, this is Greater London, and I don’t really have much to compare it with, and a cursory google suggests that other restaurants charge a similar amount, so who would I be to disagree? One thing I do know, however, is if the guys ever wanted to make a fortune, they’d sell their chilli sauce in supermarkets like Nando’s do.

One thought on “Havet, Bromley”