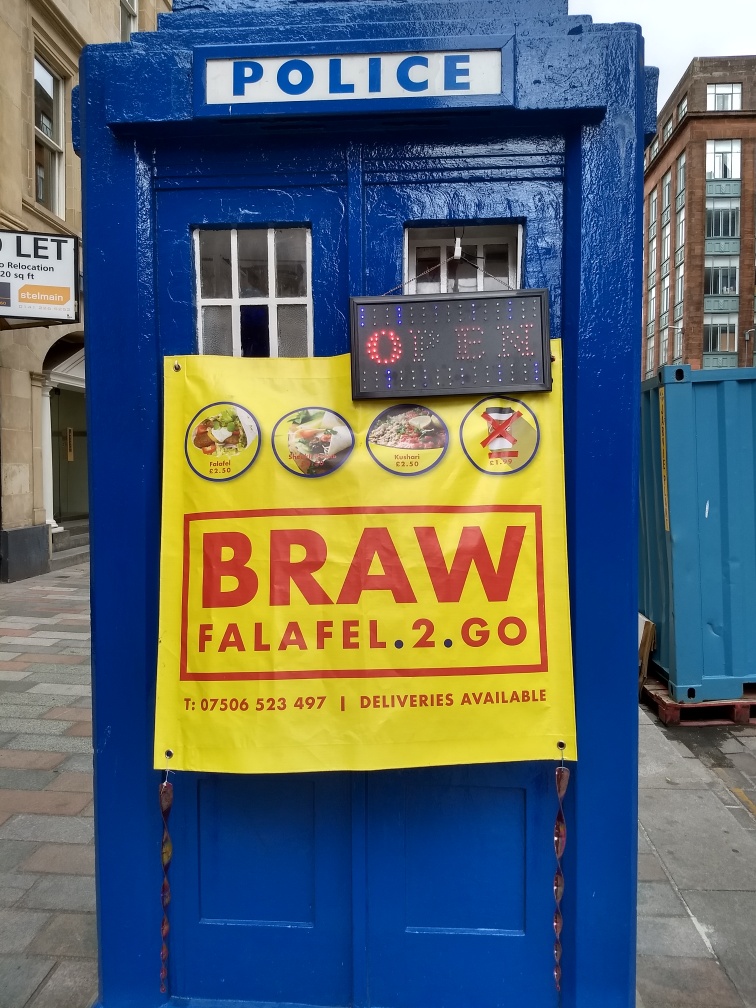 As I sit here idly thumbing this in on my phone, one thought races through my mind: “if it’s been signed for, how the fuck can it be lost?”

Forgive the profanity, but I’ve just been chasing up an eBay order at Argos. A big fan of their click and collect service normally, but not today. A new coat (and those who know me will testify, I sorely need one) has disappeared as if by magic. Usually, when an order arrives, I get a text with a collection code, but this never came. I contacted the seller – it’s definitely been sent. I contact the Royal Mail – it’s definitely been delivered (though they haven’t said where as of yet…). I visit Argos… It’s in transit.

Now, this isn’t a pop at Argos. They’re great. The staff in store could not have been more helpful, but it is frustrating when this sort of thing happens. So, having left Argos sans-internet coat, I decided to console my loss the only way I know how. 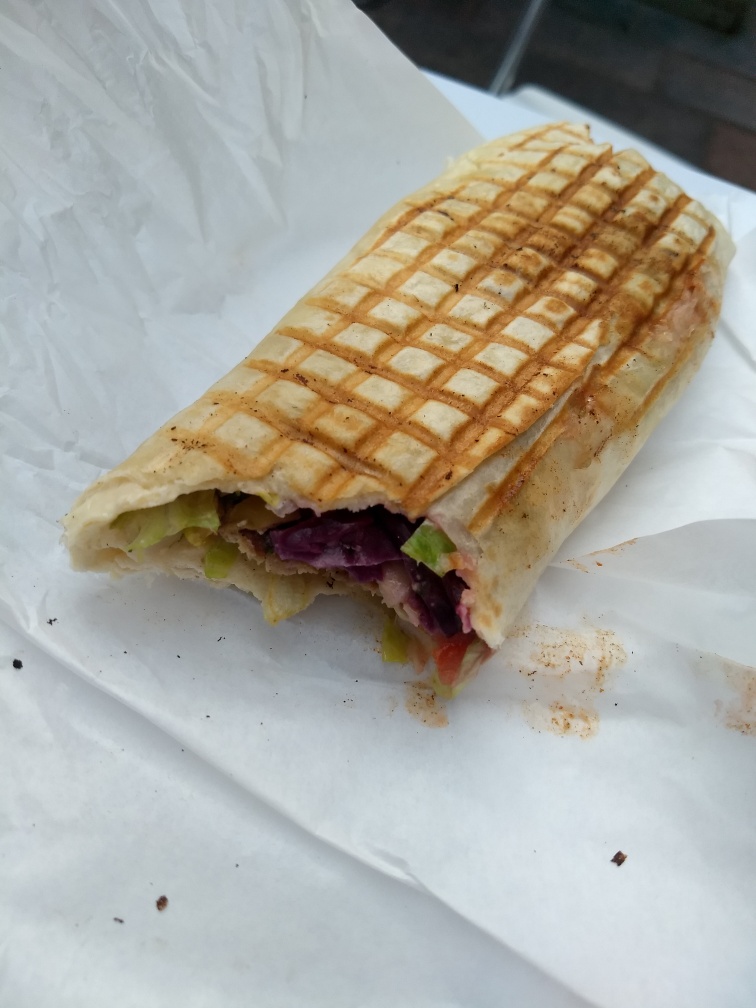 You know those TARDISes that you see all over the place that aren’t TARDISes no more? Generally speaking, these booths are rubbish. Not only are they exactly the same size on the inside as they are the outside, but more often than not, they’re coffee shops. Admittedly, size is a limiting factor, I get that, but for crying out loud have some imagination for crying out loud. What’s wrong with these people?

Well, BRAW Falafel dot the number 2 dot go did have some imagination. They dared to dream. They dreamed big. They put a middle Eastern takeaway in an old police phone box.

As you can guess from the name, they are a falafel place. However, unlike other falafel places, such as the similarly named Falafel (no dot) to (spelled properly) Go (!) on Hope Street, they cater for carnivores, in the shape of a sheekh kebab, for a very reasonable £3.50. Even better, the sheekh kebab isn’t the standard hollow sausage made out of lamb mince and spices, no! This stuff was kofte, guy!

An ingenious set-up, this place is just one man in a box, with a fridge, a sandwich toaster, and a George Formanator. He gets the kofte out of the fridge, right, puts it in the Formanator, makes the rest of the kebab (a standard wrap, slightly thicker than a Tortilla) with salad (from the fridge), sauces (from bottles on a shelf), sliced green olives (from a jar), and then combines the lot, wraps, and places into the sandwich grill for two minutes (with love).

The result? Well, it’s smaller than a kebab shop kebab, but it’s also fewer expensive, so too bad. It’s very nice – I didn’t think that bottled chilli sauce would work with tahini but it does. Bonus points for sliced green olives. Any bad points? Not really. Chap in the TARDIS was friendly enough, food was good, and the pickled cabbage in this one was really on point.

All things considered, despite the suspicious disappearence of good and services off the internet, this kebab has left me feeling in a good mood, and when you think about it, isn’t that was eating kebabs is all about?

9/10. TARDIS at the corner of Wilson Street and Glassford Street in Glasgow’s trendy Merchant City.

If anyone sees a postman cutting about in a red double breasted Ben Sherman mod coat, please leave your tip-offs in the comments.